WEISSPARTS supplies spare parts for the oil pump of the chainsaw STIHL 009 010 011 012 - and after only a few weeks they go all over the world.

The Stihl 010 AV was the first chainsaw I had in my hands. My first impression was how small and handy the chainsaw was. It seemed to be a great tool for me as a garden owner. "The saw has a problem - you can keep it" was the saying at the time. That's how I got my first chainsaw. But after the first unsuccessful attempts to get it run it also disappeared back into the cupboard. Somehow there was never enough time. There it was - for many years - at the very back. But its time was yet to come - nobody knew that.

Many, many years later and the engine of the STIHL 010 comes to life again

In 2021 the STIHL 010 was rediscovered and went into the cellar. Lying on the workbench it was thoroughly examined and the result was: well preserved and obviously little worked on. The best prerequisites for a restoration. No sooner said than done. After a few days, the engine of the STIHL 010 awoke from its slumber - a complete cleaning, a new spark plug and a new carburettor gasket set with diaphragm had done the STIHL chainsaw good.
However, when the chainsaw was used for the first time, it was noticed that the oil pump of the STIHL 010 did not seem to deliver any oil. So the chainsaw needed a few more spares. No problem - at least that's what I thought ...

The STIHL oil pump diaphragm is no longer available as a spare part - or so I read during my research in the chainsaw forums I visited. All 009 010 011 and 012 chainsaws from STIHL seemed to have this problem.  Was that seriously the final end for my chainsaw?
I didn't want to put up with it and decided to make the defective diaphragm myself. A first prototype of the oil pump diaphragm was made by machine with high precision to the tenth. After installing it in the STIHL 010 the oil pump worked straight away and delivered oil to the saw chain again. A great feeling to see the chainsaw was fully functional again. At some point, however, we unfortunately ran out of "test wood" :-)

I had made a few more of the oil pump diaphragms and bought more defective STIHL 009, 011 and 012 for test purposes. According to the respective sellers all this chainsaws always had the same problem: the oil pump does not deliver oil and there are no more spare parts. I was able to repair the STIHL saws with my oil pump diaphragms and sold them again via a online classifieds market. With one of these saws I was astonished when I received a message from Japan in my mailbox. A man from Japan asked me where he could buy the new oil pump diaphragm that I had mentioned in the sales text. He had been looking for it a long time now and was interested in buying.
Only a few months later of this we at WEISSPARTS are proud to say that our repair kits for the oil pump of the chainsaws STIHL 009 010 011 and 012 are shipped to recipients all over the world. We have already printed Japan, USA, Australia, Slovenia, Austria, Czech Republic and Hungary on the shipping labels. And Germany anyway.

It's a great feeling because I know that everywhere there chainsaws are now being dug out of the back corners and awakened from their slumber ...

And I can't let stand the sentence from the chainsaw forums "STIHL oil pump diaphragm is no longer available as a spare part" - check this oil pump repair kit's out: 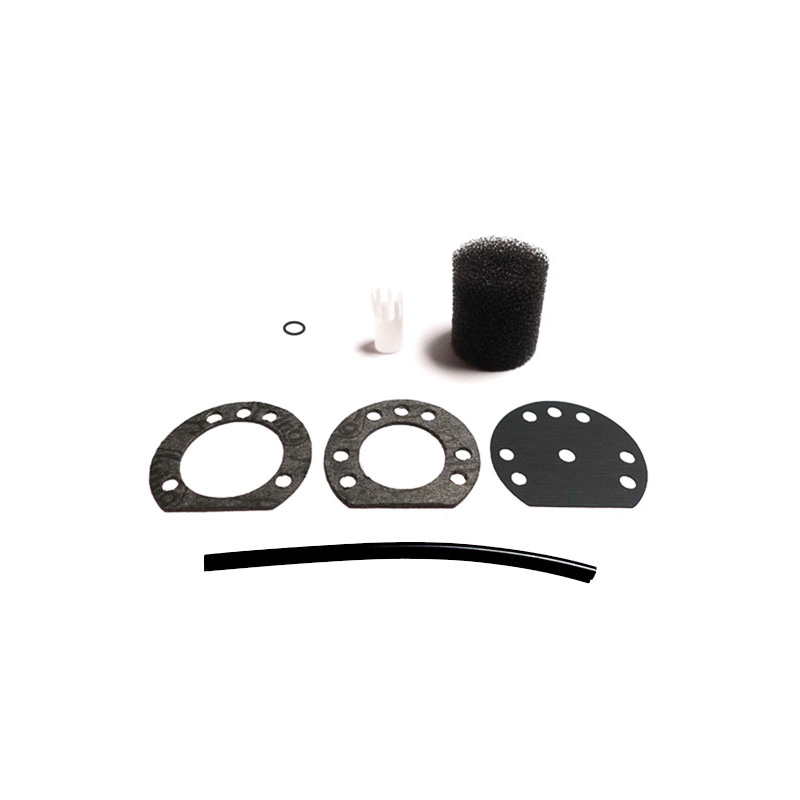 Interested? Please send us an email to info(at)weissparts.de and we will send you an offer.